I was born and raised in Africa. I am a missionary sent by God from Uganda to America. I am a revivalist, trainer, speaker, and best-selling author of Working The Works of God, a book expounding on the keys to supernatural ministry.

Thus, I’ve had the opportunity to share miracle healing and revival stories on Sid Roth’s television program, “It’s Supernatural”. I’ve also shared the platform with speakers and Christian recording artists such as The Newsboys, For King and Country, Nick Vujicic, Jaci Velasquez, Sidewalk Prophets, Kutless, The Afters, Uncle Reese and many more.

I am the founder and president of Kingdom Impact Ministry, a non-denominational, worldwide ministry that is reaching people in 195 countries through streaming media.

Together with my team at Kingdom Impact Ministry, our purpose is: To help you to know  Jesus Christ, to experience His redemptive miracles, to activate a purposeful lifestyle of God's fullness that prepares you and others for ministry and His return.

I had the great honor of being at the forefront of the nationwide prayer movement in the early 1990's, which resulted into the great spiritual revival, awakening, and transformation of my native Uganda. This transforming revival has been documented by the Sentinel group in Transformation II -The Glory Spreads. 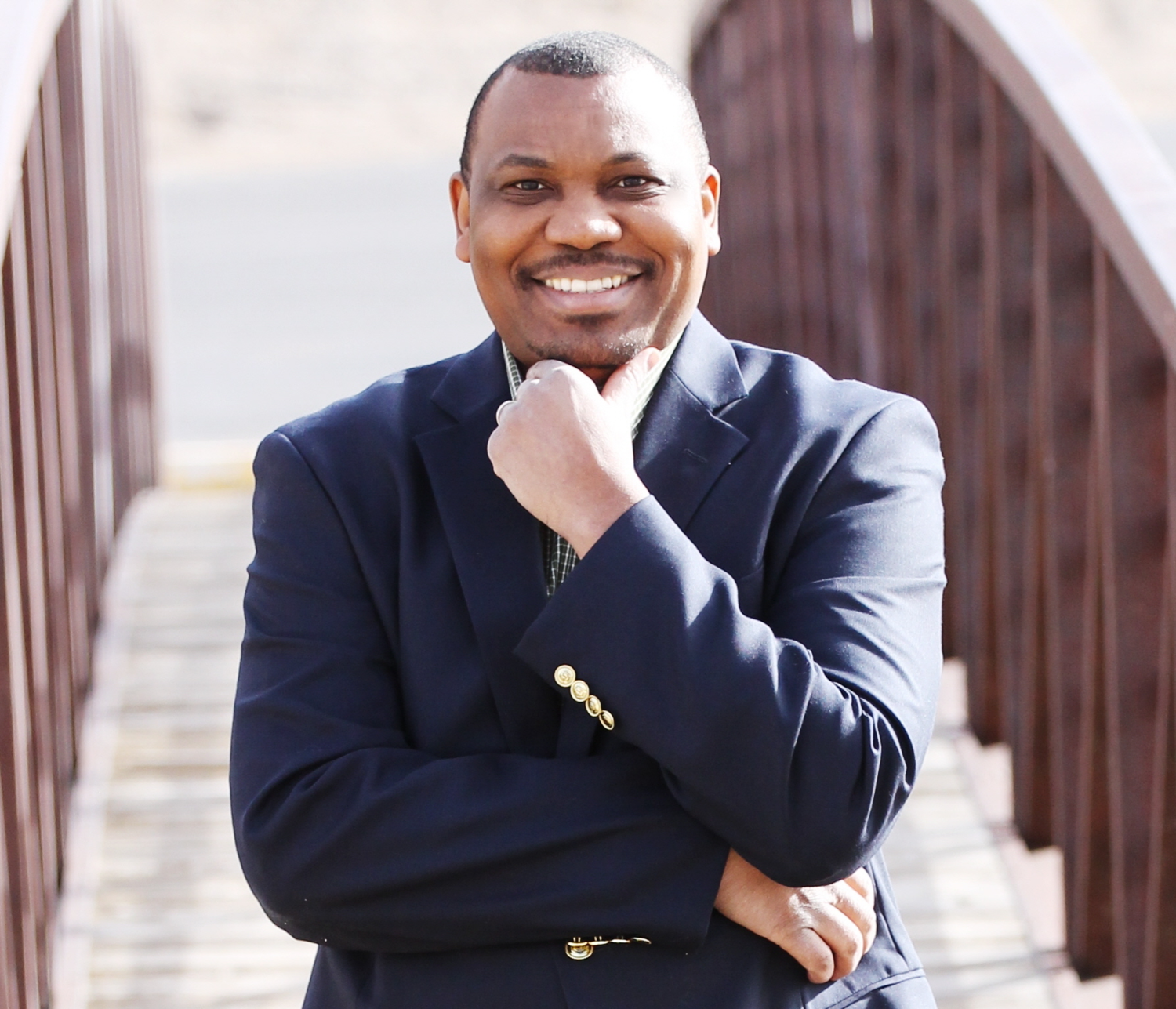 For 28 years, I’ve fulfilled a mighty evangelistic and apostolic ministry in over 20 countries around the world. I’ve conducted miracle crusades, conferences, media outreaches, training programs, church planting and ministering in church services. Now, the Lord has given me a new assignment for the second half of my life and ministry.

It has been almost four years ago since Jesus appeared to me for the third time and commissioned me to be HIS VOICE. As Christ's voice, I am focused on "redemption". What Christ accomplished in His life, suffering, crucifixion, death, burial, resurrection and ascension to the right hand of our Father God.

My heart is on fire for God with an urgent prophetic call to our generation: To see America return to God and be saved, revived, and awaken by the power of the Holy Spirit and the message of redemption.We teach, preach, and demonstrate in the power of the Spirit the sevenfold blessings of redemption in Christ. We declare to seekers and believers alike that Jesus is our righteousness, peace, friend, guide, provider, healer, and victory. Also, we share prophetic Words and messages as the Lord gives them to us.

We believe that when these seven blessings of redemption are actualized in your life, they will result in the fullness of God saturating your being and overflowing in your life.

WHAT JESUS SAID WHEN HE APPEARED TO ME

On Tuesday morning, September 9th, 2014, as I fellowshipped with the Lord in prayer, I heard the Lord speak to me repeatedly saying, “Andrew focus on being my voice.” I then replied, “Lord, show me what it means to be your voice.” Immediately I was in the Spirit like John the Revelator in Revelation 4, and I saw the following vision.

A PROPHETIC VISION OF THE END OF THE WORLD AS WE KNOW IT!

In this vision, Jesus took me by the hand and showed me the dramatic end-time events that will happen in America. He took me to several cities of various countries on different continents. And what was happening in America was also happening in Africa, Europe, Asia, and Latin America, Oceana, and the Islands.

THESE WERE THE EVENTS:

• WARS - There were wars on every continent. Nation against other nations with the use of biological and nuclear weapons like in a Hollywood movie, except this was real. Cities literally being wiped off the face of the earth in a matter of minutes.
• PEOPLE vs PEOPLE - People were fighting against each other, nations against nations, family members against family members, mother against daughter, father against son, brother against brother, and sister against sister.
• GREAT FALLING AWAY - I saw a significant number of believers turning away from the faith into the ways and lifestyles of the world. Some of the believers were servants of God in prominent ministries.
• LOVE OF LAWLESSNESS - I saw that people had lost their humaneness. People were now monsters of iniquity or lawlessness, and they loved and enjoyed it. It was now everyone for themselves.
• THE SPIRIT OF THE WORLD REIGNED SUPREME - No sense of morality and fear of God. Everyone did what seemed right in his or her own eyes. The spirit of the world had taken over many in the body of Christ worldwide.
• NO SENSE OF LAW & ORDER - There was no sense of law and order, but rebellious people who were against authority.

I stood still, stunned by what I saw. While standing beside Jesus as He held my hand, He said to me in a sad yet authoritative tone of voice with tears in His eyes, "Call them back to me. I am coming soon, but my bride and the world are not ready for my return.

This is what I am calling you to do when I said, be my voice, bring people back to me and prepare my bride for my return. I am coming soon, and my reward is with me. Now go and be my voice. Use every means necessary including mass media. I will be with you..."

As a result of this visitation and mandate, I am burning with God's redemptive love and compassion to mentor you to experience your redemptive blessings in Christ.

HOW WE MINISTER TO YOU

If you desire the fullness of God's life, His power, and to experience His redemptive miracles in every area of your life, then this website is for you.

We minister to you through several platforms:

• Events: We hold an annual conference every year. I also accept ministry and speaking engagements at festivals such as the NightVision, conferences and church services.

• Watch my Kingdom Come Broadcast: I typically broadcast live once a week with audience interaction. To make sure you don't miss the newest broadcast, you can subscribe via email here for broadcast alerts. I also do Periscope and Facebook Live broadcasts, so be sure to follow me there.

• Online Courses: Engage in our on-demand and live online courses. I will mentor you into the fullness of God's redemptive power and purpose for you to influence others.

• Books: Order my free book (while supplies last), "Working The Works of God.” We are also working on two future books. Stay in the know by joining our email newsletter here.

• Live Webinars: Join me twice per month, live, for training on a given topic. I will answer all your questions, live.

• Blog: I typically blog bi-weekly. To be sure not to miss the newest posts, subscribe via email here.

My Top Broadcast Messages and Blog Posts.
If you are new to my site, you might want to start with the most popular broadcasts. Here are the top three in each category:

Individual Episodes
• Marry Me
• Come And Feast
• Violence Against Sin, Self, and Satan

Over the past 28 years of Gospel witness around the world, the Lord has faithfully worked with me confirming His Word with a powerful demonstration of His supernatural power through miracles, signs, and wonders.

I am humbled to have been mentored by, and to have ministered alongside, spiritual giants such as Dr. Morris Cerullo.

In August of 1997, at a Morris Cerullo World Evangelism prophetic rally in Nakivubo stadium, Kampala, Uganda. Dr. Morris Cerullo turned to me on the platform said, "God has instructed me to transfer to you the double portion mantle of apostle and prophet that has operated in my life and ministry." He laid hands on me and released upon me a double portion of the anointing.

Since then both my life and ministry have never been the same! The Lord has used me to release new spiritual breakthroughs for tens of thousands of individuals, churches, ministries, cities, communities, and nations wherever He sends me.

I have helped to pioneer and plant over 200 churches and ministries to date. I attended Morris Cerullo School of Ministry. I also hold an earned Bachelor of Theology, a Master of Theological Studies, a Doctorate of Ministry and an Honorary Doctorate of Divinity. 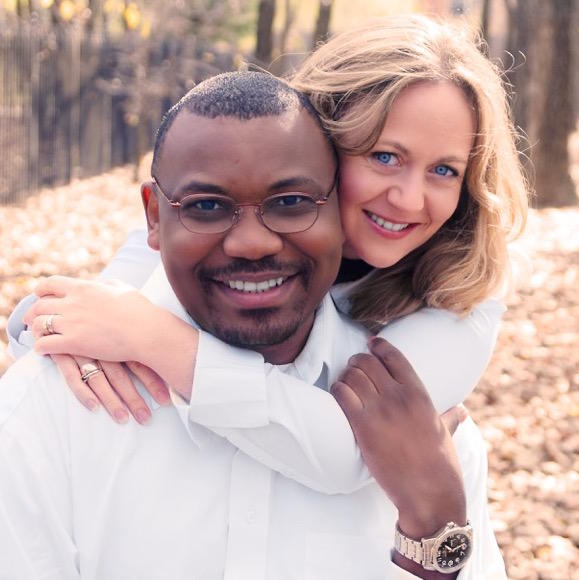 My wife Mona and I have enjoyed a happy marriage for nine years, and we are more in love now than ever. The Lord has blessed us with one daughter and three sons. We make our home in Montrose, Colorado, in the United States.

Mona and I are members of Harvest International Ministry (HIM), an apostolic network and receive apostolic alignment and spiritual covering from HIM’s Apostles Dr. Che & Sue Ahn and the International Apostolic teams.

Watch our television programs Live and On Demand 24/7/365 days a year. 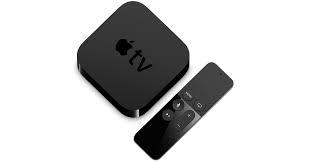 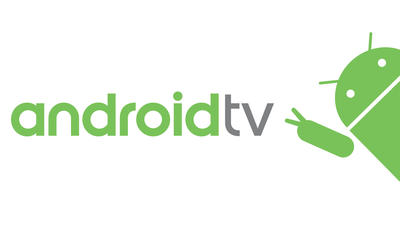 We are reaching 195 countries around the world through our 24/7 streaming channels.

Here is the list of the countries in alphabetical order.